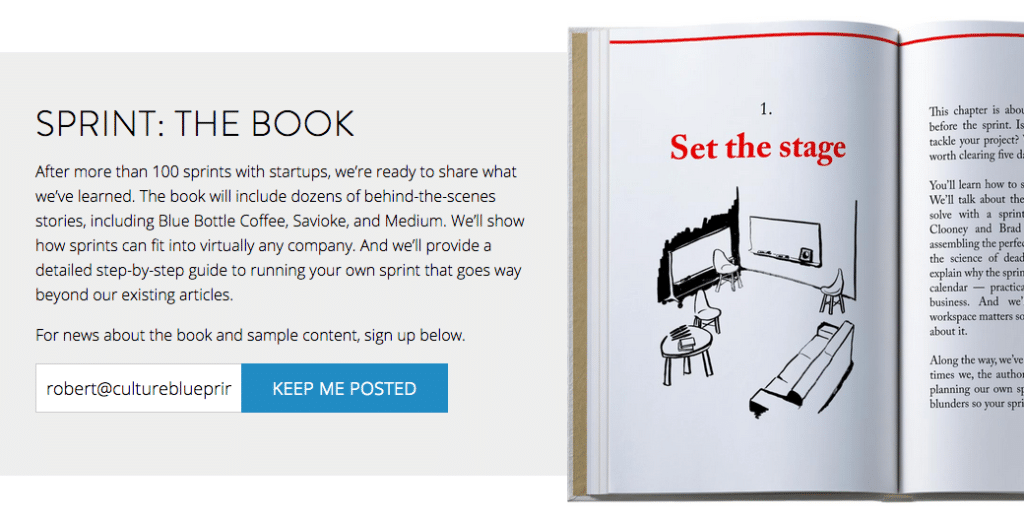 As I talk about in the Culture Blueprint, companies that share their culture processes freely with the world ironically strengthen their competitive advantage. Here is the latest example from Google. They are sharing their sprint design process in a new book.

Sprints will be a growing buzzword. It comes from the agile world. The idea is that everything is changing so fast that planning long development cycles (marathons) are no longer working. Instead the best commit to a set workload for a couple weeks, and then stop, rest and evaluate their work. They then make adjustments and plan the workload for their next sprint.

To make the point, who looks healthier – a competitive marathon runner or a sprinter?…

Of course, using sprints or agile is easier said than done. The book Scrum describes it. But look at the first review (that’s the one ranked “most helpful”).  It says, “I (among others) struggle to get scrum to work well. I was kind of hoping the book would cover such topics… But all scenarios described is all fine and dandy as soon as they started applying scrum.”

Absolutely. You can have a great process, technique or software, but if the culture is not behind it, it will never stick. Daniel Mezick and I have been using an Open Culture process that lets teams themselves figure out how to implement it, rather than the top down approach that does not work.  I’ll be sharing more about it in future posts.

The Surprising Key to Team Coherence