How to Stay Relevant 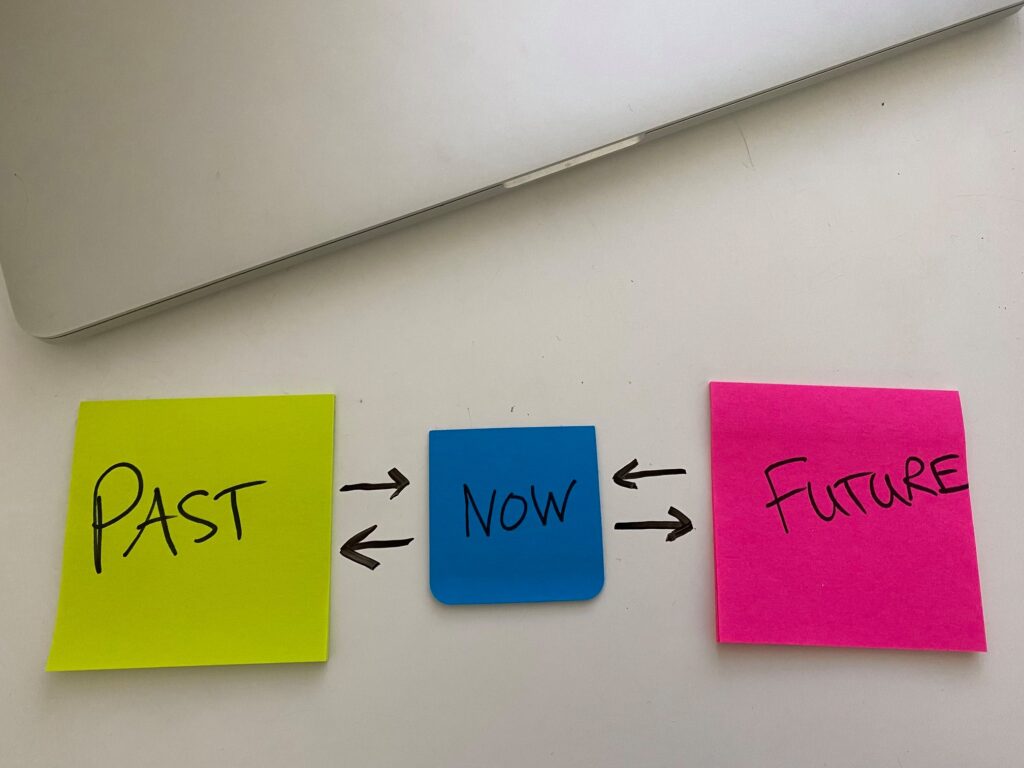 What COVID has done is increase the speed of a timeline that was already happening.

That timeline is decreasing the amount of time that is the NOW. The NOW is getting smaller and smaller, shorter and shorter in duration.

For example, in the early days of America, news cycles went in weeks if not months. We’re now seeing news cycles that last less than a day. Our expectations have changed. We want everything now and on-demand (remember when you actually had to wait till something was on TV live to watch it?). So the space between the past and the future is getting smaller and smaller.

This concept is well developed in my friend Jim Selman’s book, Living in a Real Time world. He outlines the core mindsets and behaviors to live in this new time. My thoughts are inspired by his work (though there is no crossover).

-Lack of patience (ironically with more time, comes greater chance of changing channels)
-Online fatigue (zoom calls get exhausting)
-General sense of unease (even for the best of us)

Here are my tips on how to be and stay relevant.

1. Go quickly to the value

Ever read a book and thought, “That really could have been just an article.” Take that further out. No one wants to hear all the intros and bios, and backstories. Get straight to the point. Get to the value. If you have a podcast, start with a cold open, like Breaking Bad. Give us the juice from the middle that makes us hungry to know the whole thing. Running a call or a webinar – what value can you give me immediately so I am confident to invest more of my time?

Everyone loves funny. It works in all markets. And we inherently trust those who are able to laugh at themselves and others (in a grounded way. Not in a psycho, Tiger King Carole kind of way). And notice I didn’t write, “Try to be funny.” I mean actually be funny. I know, that’s ridiculous to say because even the best stand-up comedians don’t know what’s funny until they test it with an audience. That’s why they don’t focus on funny. The focus on truth. They focus on their own unique points of view. They focus on being true to their voice. AND… they don’t take themselves or others so freakin seriously. Relax. I’ve spent 10 years in improv comedy, and the funny always comes from being authentic, open and listening deeply. Funny is a side effect.

You can get away with slow talking speeds in face to face to world. Online – you’re getting boring by the second. Facebook is just one click away from whatever you want them to focus on. Talk a little faster, but play with speed, tone and volume so you don’t hypnotize the audience (and yourself) by staying at the same levels. Take that long story you love to tell and compress it down to the key points. Learn to talk in sound bites. You can always go longer if you’re in the flow, but going longer isn’t a skill. Anyone can do long. It takes mastery to get down to the simple elegance. It took a lifetime of long equations for Einstein to get to E=mc2.

Dan Mezick said, “Everyone loves a coherent explanation, even when that coherent narrative is… a fabrication.” Think about it from a nervous system perspective. We respond well to leaders who are calm, collected, grounded, and tell us a story we can understand. Now contrast that with someone losing their shit, spouting a bunch of facts that people can’t follow. Even if this person tells the truth, they won’t be believed. I can’t believe how many articles I’ve seen on COVID that I can’t even follow because the narrative gets so distorted in all the point/counterpoints. I tune out.

If you didn’t catch the reference, it’s a play off Bill Clinton’s campaign mantra, “It’s the economy, stupid.” He made the point that even though all the debate and rhetoric was on politics, it’s really the economy that’s important to people’s everyday life and livelihood.

The equivalent today is that it’s not about the video. It’s the audio! We can tolerate bad video, but when audio is not pristine, we lose touch with it. We trance out. It doesn’t FEEL Real. You want it to feel as real as possible. So if you do anything online (I mean even date online – this will help for that too). GET A GOOD MIC. You can get amazing microphones for less than $100.

Those are my tips. What are yours?