The Wisdom of Tony Hsieh 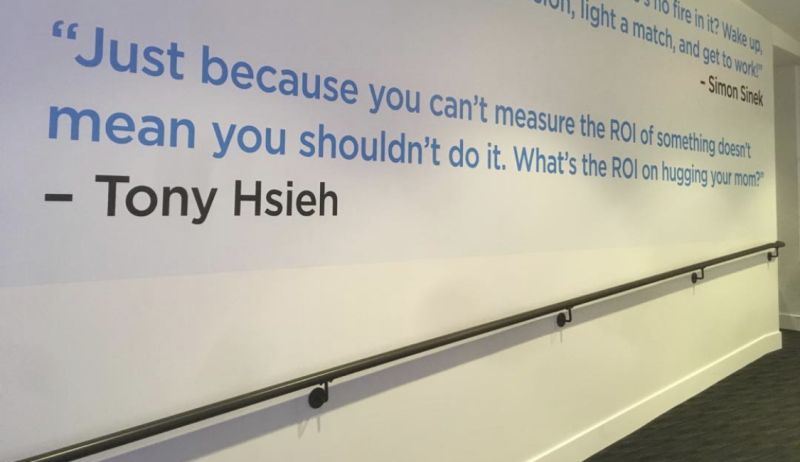 I had the amazing honor of working with Tony on Zappos Insights.  The best part was the team we built and the fun we had, but that’s another story for another time. For today, I want to honor Tony by sharing some of his wisdom that I hope will add value to your own life and business.

In all honesty, at the time I wasn’t even qualified for the job. But he saw the potential of my ideas and my passion to make it a reality. He trusted me with establishing a new Zappos division that sought to turn the Zappos culture into a product itself, one that could be shared with the world.
It was one of the greatest experiences of my life to lead the effort to take the world class service and culture at Zappos and make it transferable to other companies, not as a replication of Zappos culture, but as a means of empowering other companies to create their own.

Tony never dominated a meeting. He would always listen first. He knew that if the leader speaks first, that will shape the whole conversation and make people think decisions have already been made when they haven’t. Tony would listen, then by the end he would invariably drop a couple mind-blowing ideas. Finally, he would be like a switchboard, connecting people in the company to work together because he had a bird’s eye view of everything going on.

He would often ask this when someone complained. It’s amazing to realize how much we can be attached to being right, even when it doesn’t serve us. One day I was complaining that someone cut me off in traffic. He said, “What’s the minimum you have to be paid each time that happens for you to be happy?” I thought about it and said $12.  He said, “Any time that happens, you text me and I’ll give you $12.”  I laughed. He would have done it!  But I didn’t. I was never going to ask for $12 even once from him. Instead, I think about that conversation whenever I’m in traffic and I let it go. I’d rather be happy than right. I have used that insight countless times in other situations, both in business and in my personal life. It was priceless wisdom. I would have had to pay Tony $12 a day forever to properly compensate him for what he gave me for free.

Tony never said this. He simply lived it. In my 12 years of knowing him, he was never once late to a meeting (personal or professional).  I know for Tony it had a lot to do with integrity, but since then I’ve seen how it’s even more important than that. First, there’s respect for the people you’re meeting. But more importantly, leaders who walk in late are unconsciously delivering the message that they are out of control.  Something else is in control of them (the traffic, the board, the meeting before or after). And it’s hard to trust a leader who is not in control of their own schedule. A leader on time, all the time, creates a sense of safety, and models the behavior that makes a culture work. When Tony considers it just as important to be punctual with you as he does with Jeff Bezos, it speaks volumes about how he valued everyone.

These are just a few of the thoughts that are flooding my mind as I think about the immense loss of Tony, but also the immense gift he was to me and so many others. May his memory be a blessing.

The Secret to Your Why

Ever since Simon Sinek spoke on the Power of Why, it’s been a phenomenon for companies and...