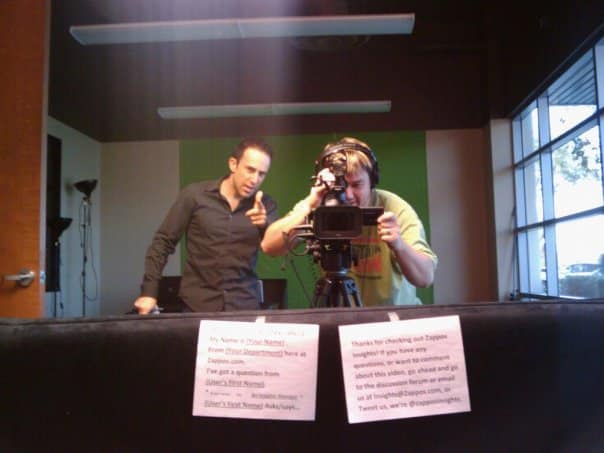 Having fun with the video team and the Zappos talent. It's Corporate Training meets Wayne's World .

Climbing with the team

"Rock Climbing" with Donavon and Jon.

In the Guardian, Dean Baker claims banks might suffer if China stopped buying US debt, but the US economy as a whole would be much better off.   But the comment below is what I found most interesting:

You overlook the reserve currency status. If the USA loses that (and it will) it will cease to be able to sustain the debt that it issues(it already can’t). It will be catastrophic. The Mountains of debt of the USA are only barely serviceable due to the dollar reserve status ie everyone requires dollars to trade, and that is currently and very tenuously underpinned by the oil trade being forced to be in dollars. This is the crux of the present perpetual war for perpetual peace that the USA/UK is currently waging all over the world. They are desperately trying to cobble and hold together an unravelling currency regime. If you control the source of energy you control the currency that they trade it in , and EVERYONE requires energy.
The UK benefits from this petrodollar as these are recycled via London banks to New York. The main reason that I can discern that is keeping us out of the Euro is this petrodollar dependency. The Euro is a competing currency vying for reserve status. This is also the reason why NATO insists on dominance in Europe, they dont want a Europe military to rival them. To keep a reserve currency you require a big stick to dissuade dissidents, you require a big military. The caspian area and the middle east are the two regions that HAVE to be controlled if you want to exert control over energy under any reserve currency.
Alas, the rucktions we see all over the world are the death throes of the dollar reserve currency. I fear they will plunge the ENTIRE world into war before they let it go.

Though assuming it would fall, and assuming we must embrace it, we’ll have to embrace local and micro-currencies (for more info, read “The Future of Money“).

Also, it would be safer to invest in gold and commodities than stocks. For more on this, read “Crash Proof 2.0“ 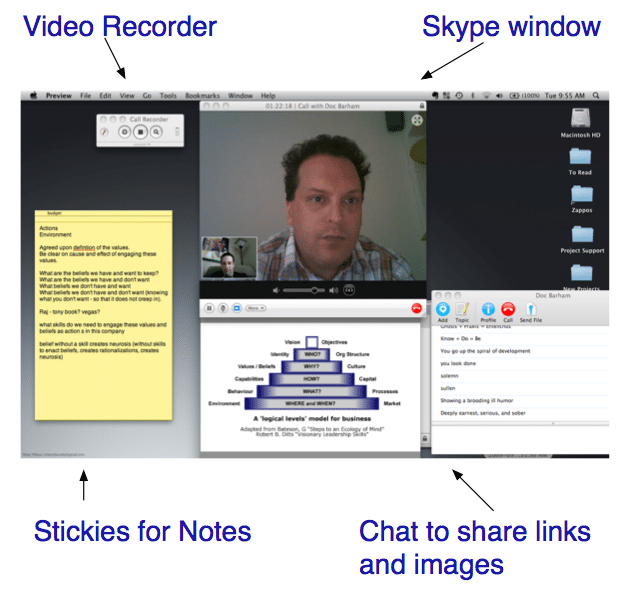 For three years I worked with my life and business coach, Doc Barham, in person. I found him on Amazon where he had commented on almost every book on NLP.  But now that I work in Vegas, I wanted to try out virtual coaching.  So we’ve created a way to do that (see image).

Long-distance coaching with a Mac: